There are countless ways to celebrate Carnival season in the Crescent City, but we’ve decided to make it easier — it doesn’t get more “New Orleans” than spending Mardi Gras in the French Quarter.

Read on for four fantastic ways to experience Mardi Gras in New Orleans’ most historic neighborhood! 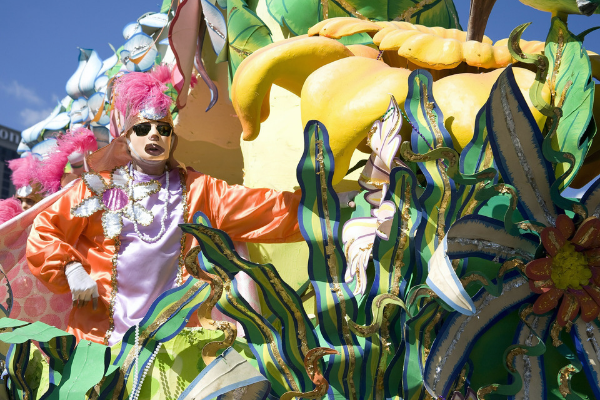 Check Out One of the French Quarter’s Unique Parades

There are plenty of parades that take place in or near the French Quarter during the Mardi Gras season.

This year’s Krewe of Cork takes place on February 22 at 3:00 p.m. and makes its way through the heart of the Quarter. The Krewe of Cork celebrates food, wine, and fun with members wearing wine-related costumes. The parade is accompanied by wine police in golf carts (the wine police motto is “To serve and pour”).

Another unique French Quarter parade is the Mystic Krewe of Barkus. Barkus isn’t like other Mardi Gras parades: Man’s best friend is the center of this parade with their humans acting as escorts. This parade takes place on Sunday, February 24 at 2:00 p.m. 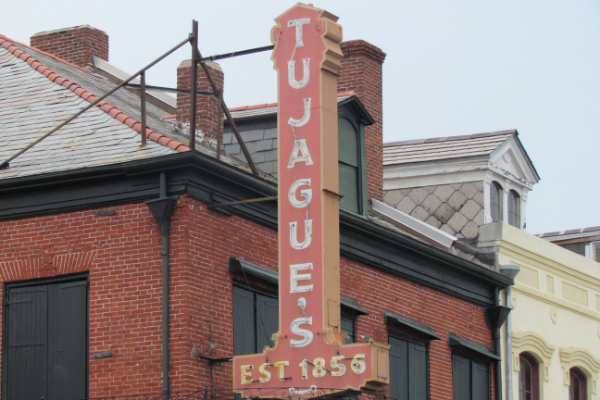 French Quarter bars and restaurants are already full of Carnival spirit, and won’t be slowing down any time soon. Try one of the French Quarter’s classic establishments to mingle with the locals, and enjoy New Orleans’ world-famous food and drinks.

Coop’s Place has been a Decatur Street staple since 1983. Their menu is full of excellent Louisiana dishes like rabbit & sausage jambalaya, seafood gumbo, and fresh crab claws.

Take a seat at Coop’s for an up close and personal experience with French Quarter culture and classic Cajun food.

The Port of Call was established in 1963 as a steakhouse located on beautiful, historic Esplanade Avenue in the French Quarter. This restaurant began as a small neighborhood restaurant open only at night, and has grown into an extremely popular destination for locals and tourists alike.

For those that want to create a good base for the day’s drinking or need a hearty meal after a long day of parade-going, Port of Call’s burgers and steaks are second to none. 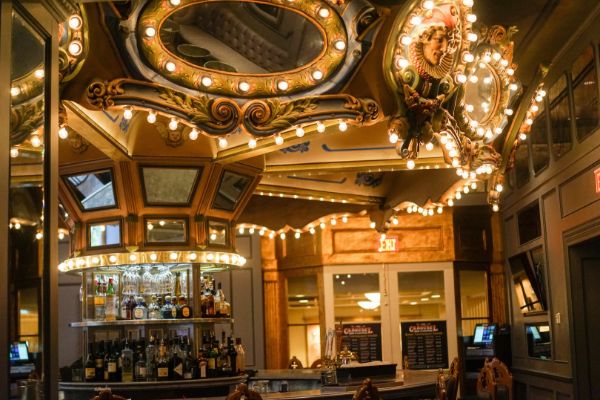 Drink a Vieux Carre at the Carousel Bar and Lounge

Our bar’s signature cocktail, the Vieux Carre, is the perfect homage to the French Quarter: a blend of Bulleit Rye Whiskey, Hennessy, sweet Vermouth, Benedictine liqueur, and a dash of Peychaud’s bitters. Quick history lesson – Peychaud himself was a New Orleanian who created his bitters in 1830.

Speaking of history, bartender Walter Berferon created the Vieux Carre drink at our bar in 1938. That same year, LIFE Magazine sent photographer William Vandivert to photograph Mardi Gras. No doubt some of those participants sipped on our signature cocktail before heading out to watch the parades.

When you visit The Carousel Bar on the weekends, you’ll be greeted by live musical performances by some of our favorite local musicians including Robin Barnes, Tom Hook Jazz Quartet and Nayo Jones. 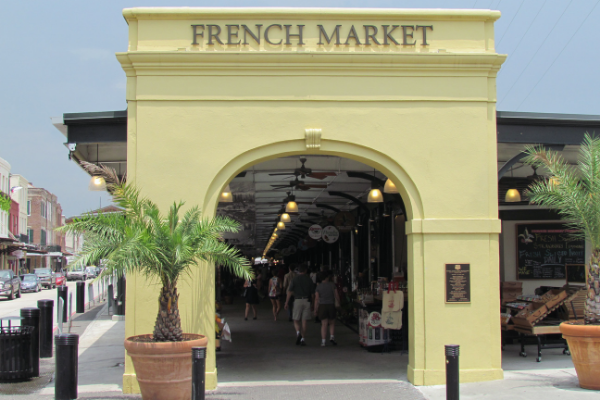 Shop for Mardi Gras Masks at the French Market

The French Market is another historic, one-of-a-kind location in the French Quarter. And you can get in the Mardi Gras spirit at its festive Mardi Gras Mask Market!

Mask vendors from around the country converge at the French Market from March 1 – March 4 to sell their artisan masks during Mardi Gras. You’ll fit into the crowds of parade-goers easily with one of the market’s beautiful Mardi Gras masks.

The market also host live music daily, the full schedule of events will be released soon!

Book a Room for Mardi Gras!

Fat Tuesday is on March 5, 2019, but February is full of parades and Carnival festivities. Book now to enjoy these experiences – and many more – for Mardi Gras at Hotel Monteleone!