Kick Off Carnival Season with Twelfth Night in New Orleans

Throughout most of the Christian world, Twelfth Night is otherwise known as the Feast of the Epiphany, and it marks the end of the holiday season. Here in New Orleans, however, it’s just the beginning.

If you want to experience a taste of Carnival minus the crowds, Twelfth Night might be the New Orleans experience you’re looking for. Here’s what to expect: 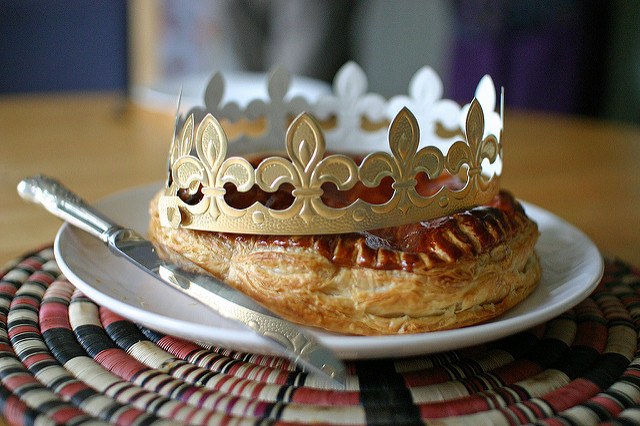 Beginning on Twelfth Night you can find king cakes available throughout New Orleans in a variety of styles and flavors.

Our own sugary concoction traces its roots back to a French pastry, Galette des Rois, which is filled with almond and pastry cream. The French-style king cake is still traditionally served in northern France on Twelfth Night. Here in New Orleans you can taste this classic version at La Boulangerie (4600 Magazine Street).

There are a few notable annual celebrations that happen on the evening of Twelfth Night. Masked and costumed in their finest attire, the Phunny Phorty Phellows set off on the St. Charles streetcar at 7:00 p.m. sharp, joined by The Storyville Stompers and heralding the beginning of Carnival season throughout the Uptown neighborhood.

This distinctive “krewe” has a rich history, dating back to 1878. For the first eight years of their existence, they were the “dessert” of Carnival, rolling in a parade after Rex. The early incarnation of the group ended their annual parading in 1898, but the modern organization was revived in 1981 and continues to this day. 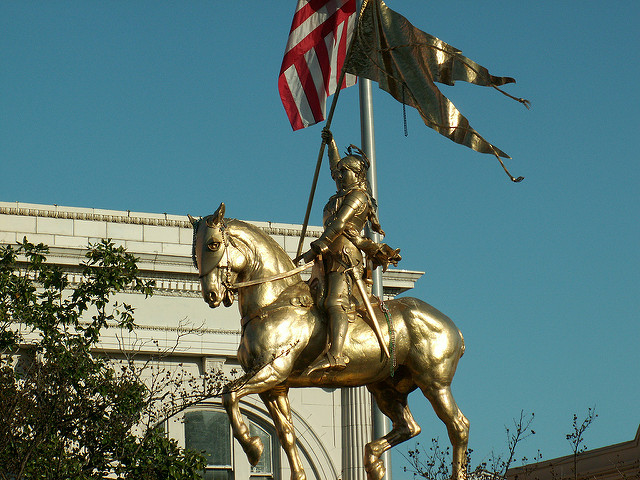 Krewe de Jeanne d’Arc will parade past the Joan of Arc statue in the French Quarter in honor of her birthday on January 6. (Photo by rosefirerising via Flickr)

Here in the French Quarter, our guests can walk to witness the annual parade honoring the birthday of Joan of Arc. Krewe de Jeanne d’Arc kicks off their 9th Annual Joan of Arc Parade at 7:00 p.m. on Friday, January 6, 2017, near Jax Brewery.

This walking parade is a medieval-themed theatrical procession that traditionally stops three times for pageantry: the krewe will make a toast at the Historic New Orleans Collection, perform a sword blessing at Saint Louis Cathedral and finish with a king cake ceremony at Washington Artillery Park, across from Jackson Square.

Celebrating Twelfth Night in the French Quarter is a must-do experience, and Hotel Monteleone offers the perfect historic place to stay, conveniently located at the heart of it all.