70 Years of Cocktail Culture: A Drinkable History of the Carousel Bar

The Carousel Bar inside the Hotel Monteleone is an iconic New Orleans destination.

It’s seen seven decades, countless cocktails, and an endless cast of characters. And the Carousel Bar is still spinning after all these years.

To celebrate the 70th anniversary of our beloved hotel bar, the Hotel Monteleone is honoring the Carousel Bar with a look back at its incredible, colorful history. And nothing tells its story better than the world-class cocktails it has served through the years.

Keep reading for a drinkable history of the Carousel Bar – and come take a spin and enjoy any of these classic cocktails with the Carousel’s special anniversary menu! 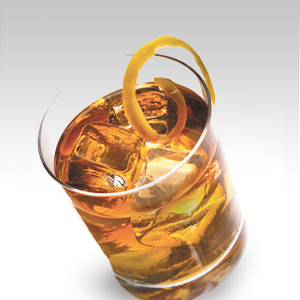 The recipe was inspired by the diverse cultures of the French Quarter. The Cognac and Bendictine pay homage to the French, the Sweet Vermouth to the Italian, the Rye Whiskey to the Americans, and the Bitters to the Islanders of the Caribbean. 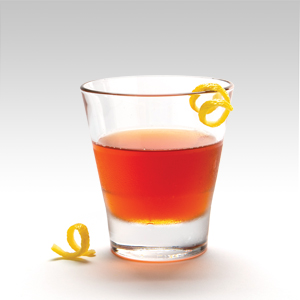 The legendary Sazerac was the first branded cocktail, first created in the mid-1850’s. Today it’s made with Rye Whiskey, Herbsaint, simple syrup, and Peychaud’s Bitters.

The cocktail hails from New Orleans, but the recipe has had to adapt to cultural shifts over the years. In 1873 the recipe was altered with American Rye Whiskey to replace Cognac, and a dash of Absinthe was also added. After the ban on Absinthe in 1912, Herbsaint became a part of the official mix. Today it is known as the official cocktail of New Orleans. 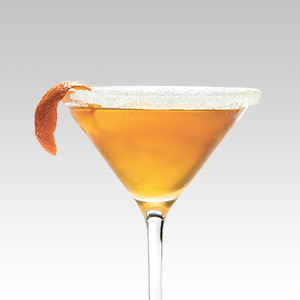 With a history that dates back to World War I France, legend says the Sidecar cocktail was named after an Army captain who was driven in a motorcycle sidecar to and from his favorite Bistro.

Whatever the true story may be, the Sidecar was a hit. This sugar-rimmed cocktail consists of Cocnac, dry curacao, and fresh lemon juice was wildly popular at the Carousel in the 1950’s. 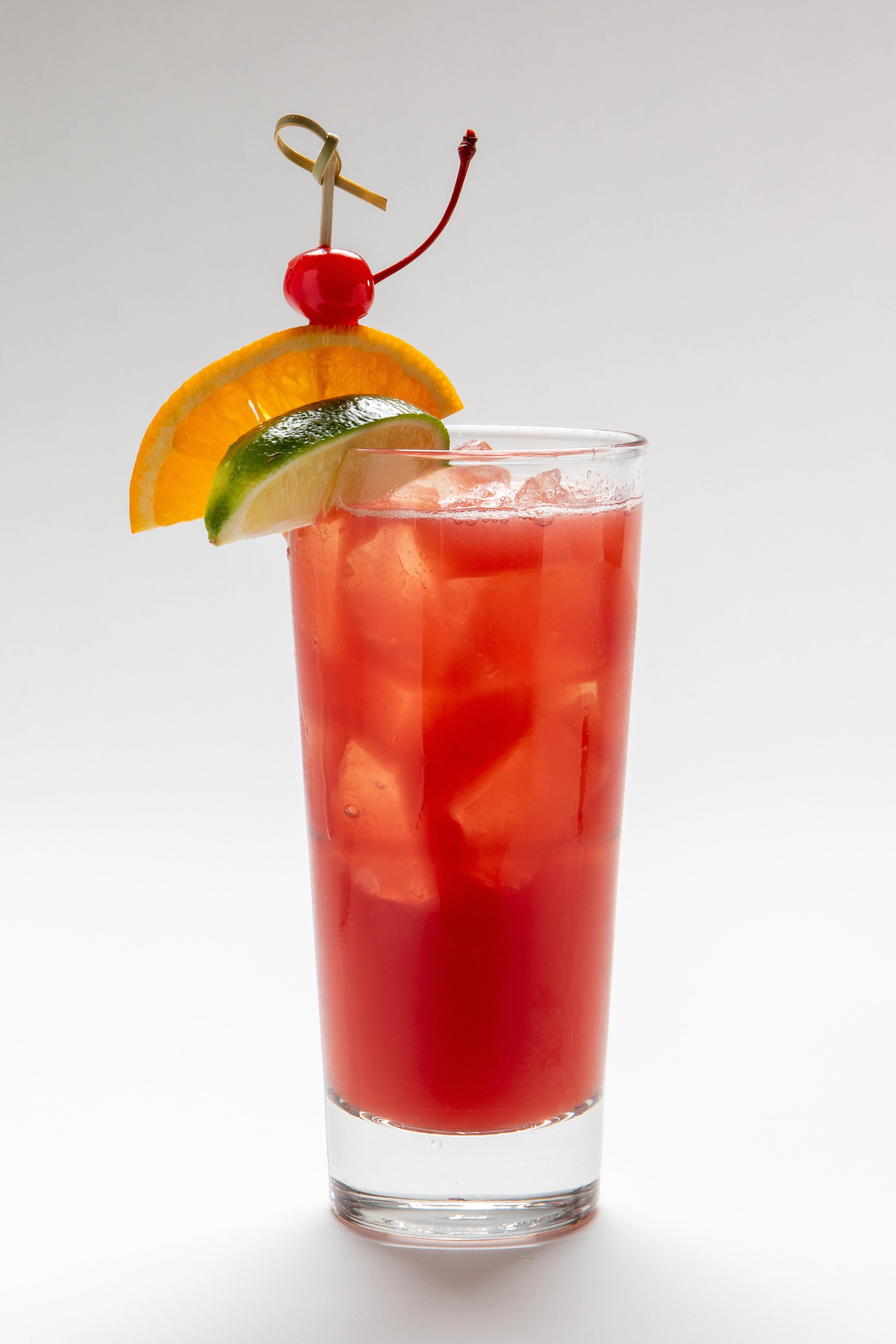 An early 1900’s recipe that has stood the test of time, this gin-based classic calls for Benedictine, Ferrand Dry Curacao, cherry liquor, pineapple juice, fresh lime juice, and grenadine. It was born at the Raffles Hotel in Singapore and has graced the menu of the Carousel for years. 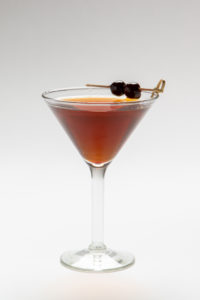 Known by many names, recipes and variations, the full history of this iconic cocktail has been lost to time. But it’s been a hit at the Carousel Bar since the 1960’s, and the classic mix of Old Forester Bourbon, Berto Red Vermouth, and a dash of Angostura Bitters is still served to this day. 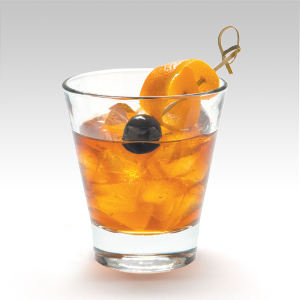 This iconic mix is the definition of tradition and a New Orleans favorite.

The Old Fashioned has enjoyed decades of history at the Carousel Bar, and we’ve perfected the art of this first-rate whiskey cocktail. 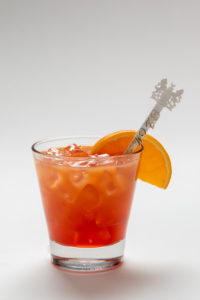 With a name known the world over, the Tequila Sunrise isn’t just a delicious cocktail. It’s a drink that defined the 1970’s.

This simple mix of Tres Agave Blanco Tequila, fresh orange juice and Grenadine has long been a favorite at the Carousel Bar – its picturesque look is just our style. 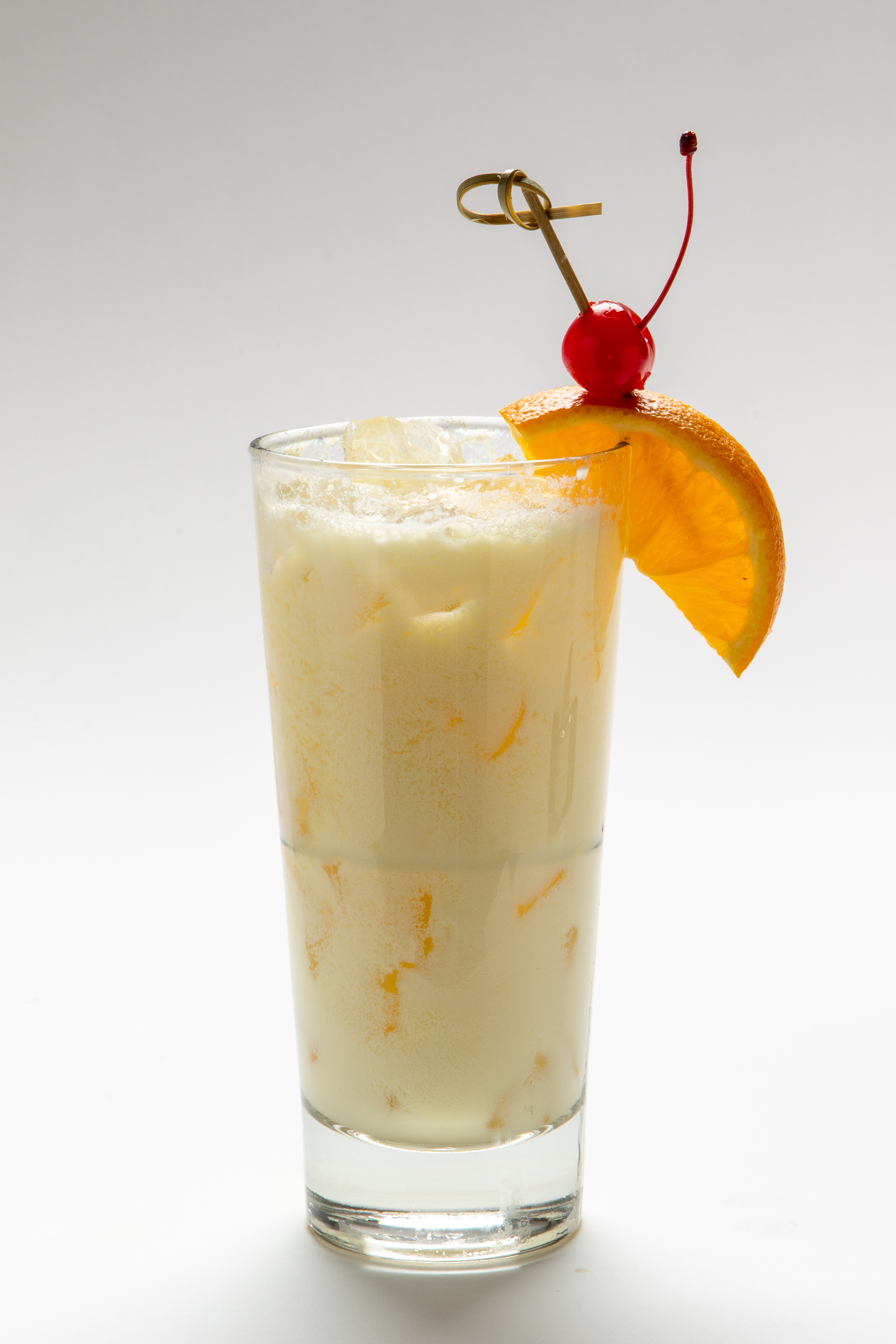 A nod to New Orleans’ Caribbean roots, this rum-based cocktail is a French Quarter classic.

The name “Pina Colada” translates from Spanish as “Strained Pineapple,” a reference to the freshly pressed and strained juice that is ideal for this mix.  The Carousel Bartenders couldn’t agree more, and their hand-shaken technique adds a special touch to the recipe. 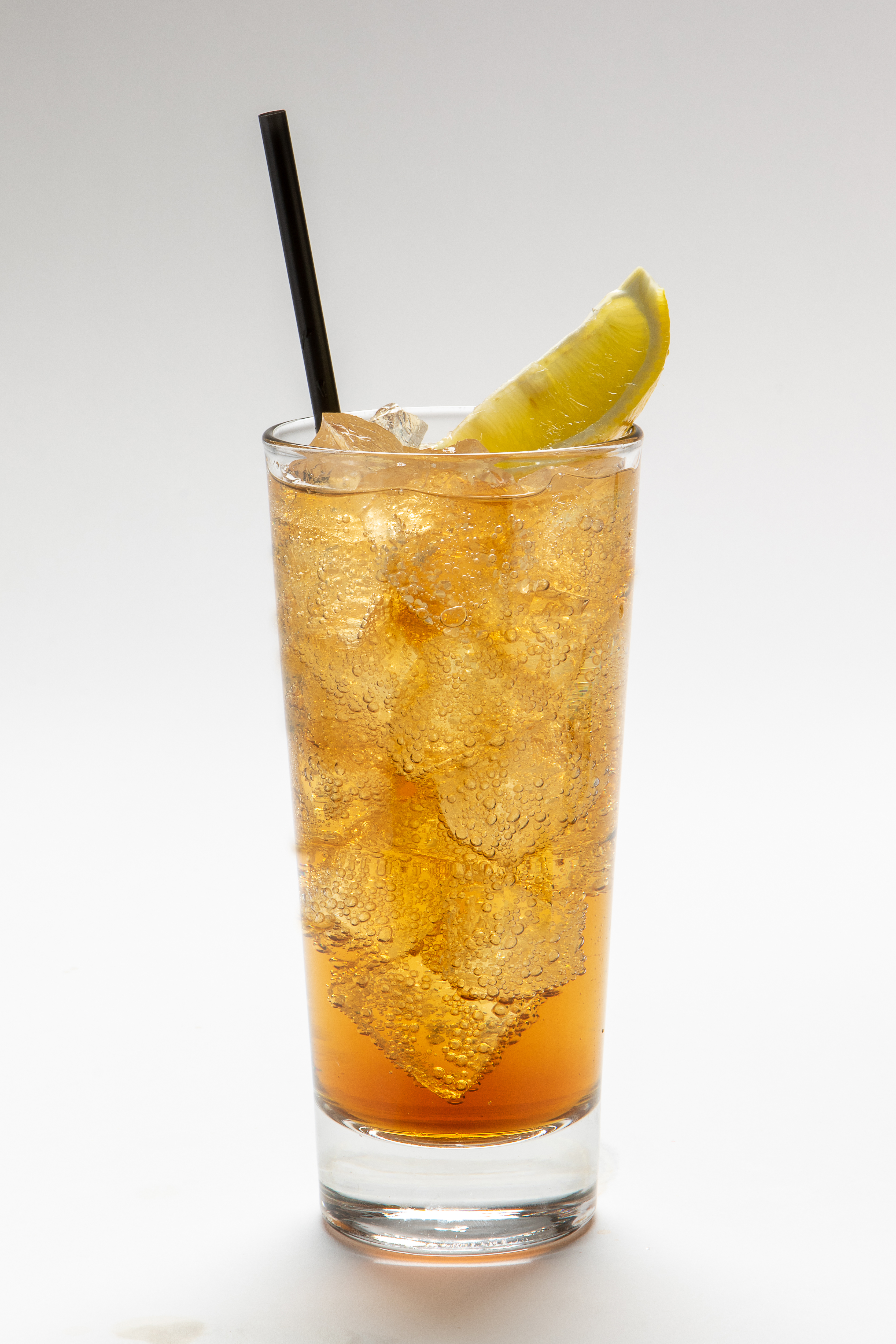 With origins that trace back to late-1970’s New York, this well-known cocktail rose to fame in the 80’s. And it’s been mixed, served, and sipped at the Carousel Bar ever since. 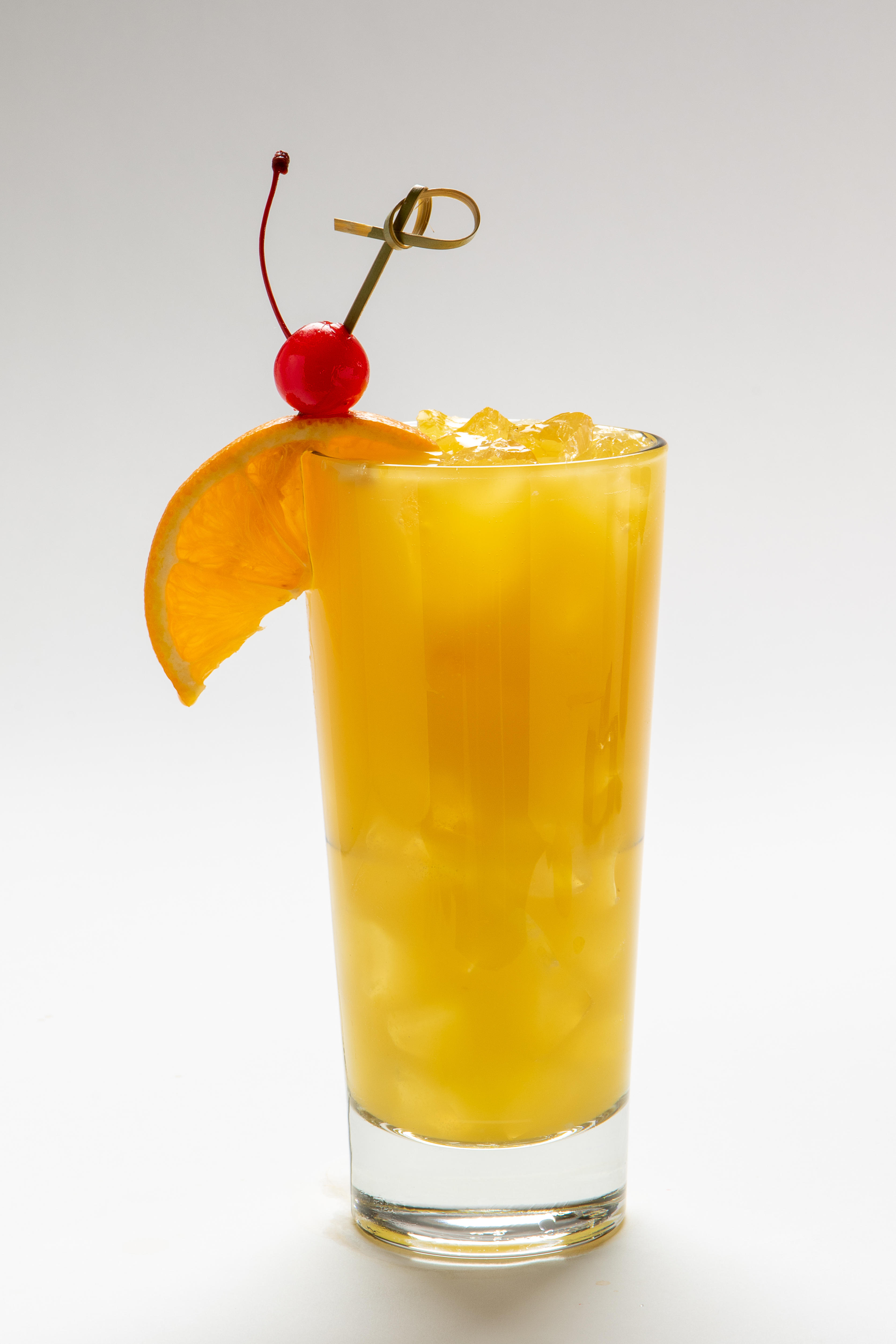 A Carousel Bar original, the Goodie cocktail has become a local favorite.

This dark and light rum libation was created as a tribute to Howard Goodman, the general manager of the Hotel Monteleone in the 1980’s. 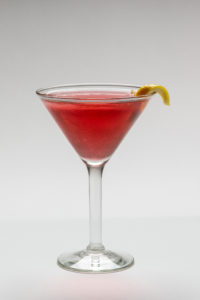 Commonly called the Cosmo for short, this cocktail filled nearly every martini glass in the 1990’s.

Its origins are debated, but the Carousel Bar stays true to the definitive, delicious recipe of Citrus Vodka, Cointreau, cranberry juice and a fresh squeeze of lime. 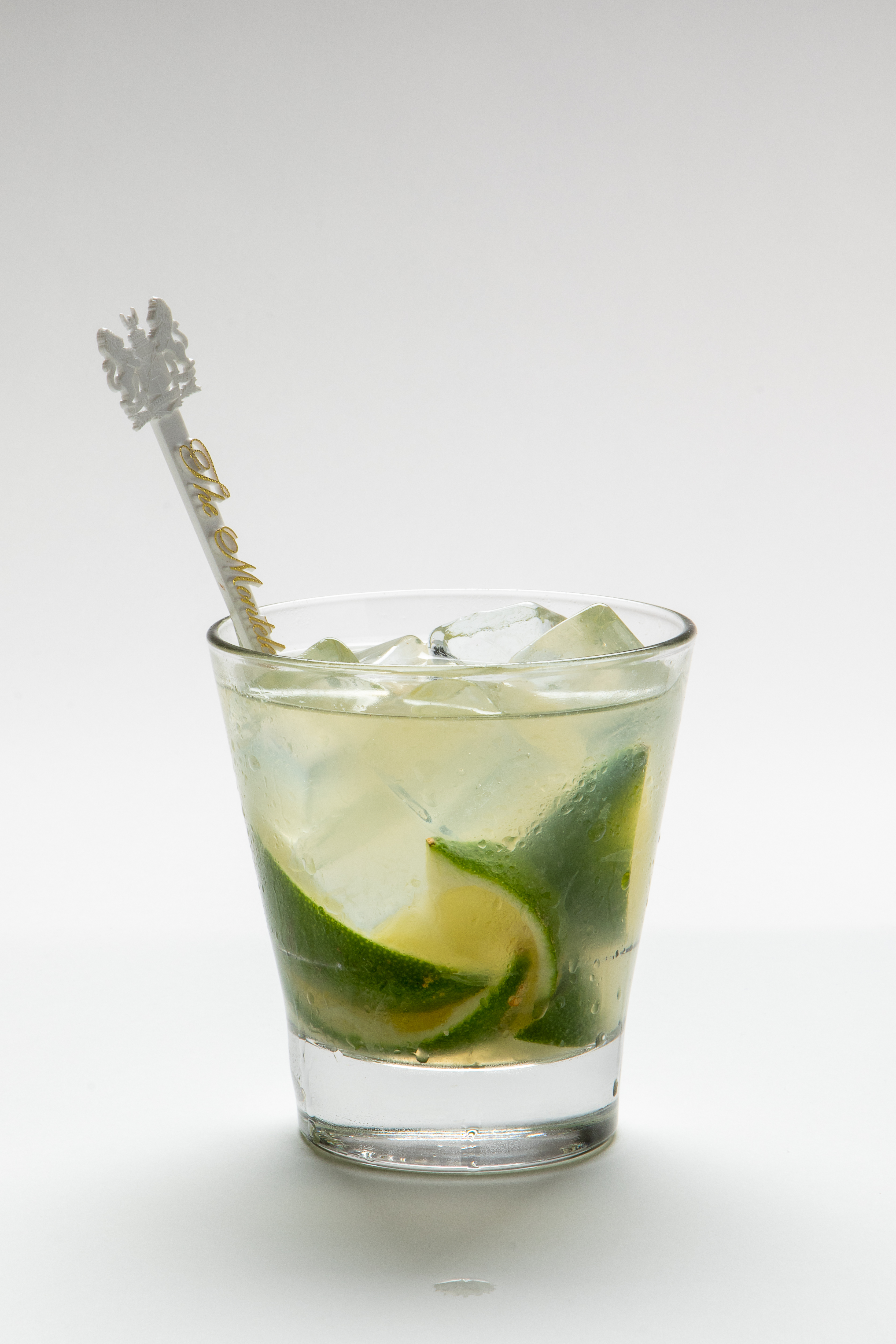 Almost unknown outside of Brazil until recent years, the Caipirihania has now become popular worldwide.

The name of this Avua Cachaça and muddled-lime delight translates to “little countryside drink,” but it feels right at home in the Big Easy. It’s the perfect match to the city’s tropical charm. 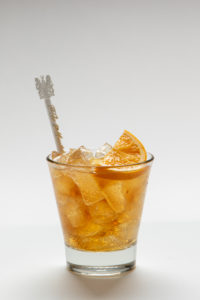 Created in 2009 for the 60th anniversary of the Carousel Bar, this tasteful blend of Sazerac Rye, St. Germaine, and ginger liquor is a luxury worthy of the Hotel Monteleone namesake. 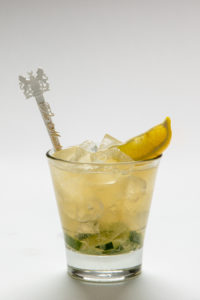 Another Carousel Bar original, this cucumber-infused gin concoction is one of the Carousel Bar’s most popular cocktails. 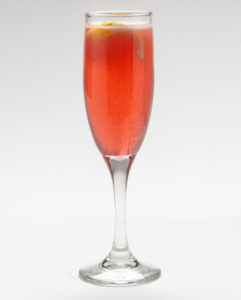 Simplicity is the key to this modern classic first concocted by our head mixologist, Marvin Allen.

This delightful drink starts with Pomegranate Liquor and Mathilde Poire. Topped with champagne, it’s mixed to perfection and served with a smile. 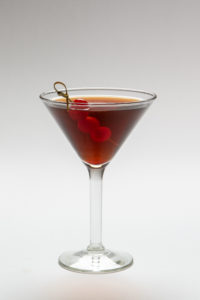 This tasteful twist on the classic Manhattan is one of the new cocktails on the block at the Carousel, adding a delicious mix of cherry liqueur and chocolate bitters.

It’s a welcome addition to the menu and a modern classic. 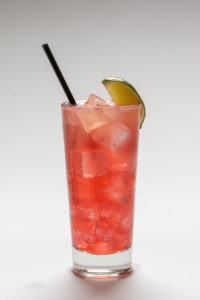 Enter the Cheers to 70 Years Giveaway and Join the Celebration!

Make your next getaway unforgettable with our special Carousel Bar Anniversary giveaway!

Visit our Carousel Bar page and sign up for your chance to win a grand-prize packed with iconic New Orleans charm: a one-night stay in New Orleans at the historic Hotel Monteleone and a complimentary cocktail at the Carousel Bar.

Enter to win and take a spin through the decades!