Broadway in New Orleans at the Saenger Theater

Roll out the red carpet, because Broadway in New Orleans has arrived, and it’s here to stay! 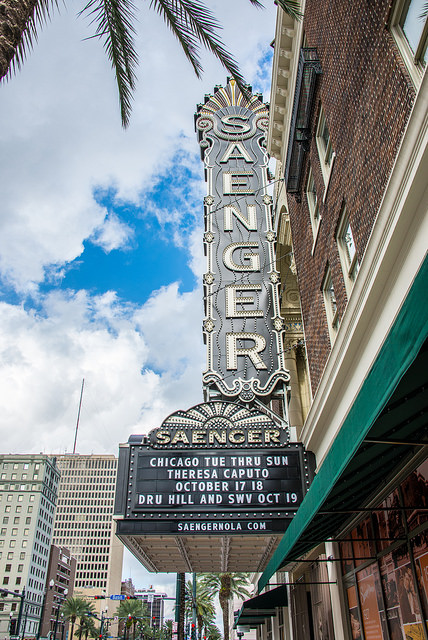 As “The Crown Jewel of Canal Street,” the Saenger Theatre has earned its place in New Orleans history. (Photo courtesy Kent Kanouse, via Flickr)

The historic Saenger Theatre reopened its doors in September 2013, following a $53 million redevelopment project. The beautiful venue features an authentic restoration of the original 1927 design, plus state of the art building and technical systems. The renovation project also added new theater seating, increased concessions and restroom facilities along with new lounge areas. Watching a live show here is something you simply must experience!

Also known as “The Crown Jewel of Canal Street,” the Saenger Theatre has held up its reputation, bringing in an exciting and star-studded lineup, one show after another.

The Saenger Theatre welcomes Broadway in New Orleans. We look forward to the following upcoming shows:

Click here for more information and to purchase tickets.

More Upcoming Concerts and Special Events at the Saenger Theatre:

Whether you’re coming in from out of town to take in a show, or simply want to make a night of it, Hotel Monteleone offers the perfect location for a pre-theater dinner at Criollo Restaurant. Finish your evening with a nightcap at the Carousel Bar & Lounge.