If there is one thing we have an abiding love of, it’s history. While we’ve been standing tall on Royal Street since 1886, the history of the Irish in New Orleans goes back even further. 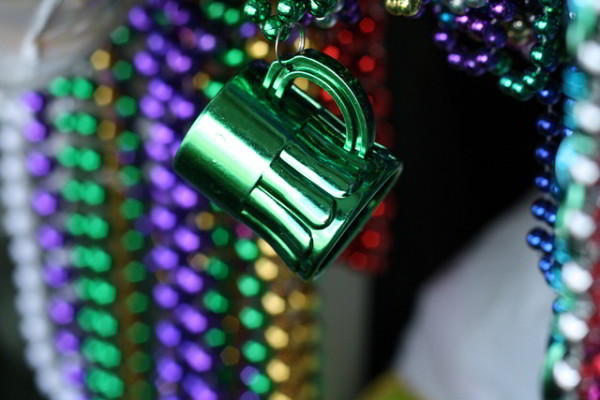 A Brief History of the Irish in New Orleans

Irish immigrants have played an important role in New Orleans since shortly after the area was settled by Europeans. In 1769, the Dublin-born, Spanish-raised Alejandro O’Reilly was appointed Governor of Louisiana. He came to New Orleans to seize control and re-establish order during a revolt. While O’Reilly left New Orleans after just a year, some of the Irishmen who came to town with him stayed.

New Orleans saw a flood of Irish immigrants during the infamous Great Famine of the 1840s. For many immigrants, the decision to choose New Orleans over New York or other cities in the Northeast was easy… New Orleans was a smaller, Catholic city with easier access to the sparsely populated lands of the interior of the United States. By the mid-19th century, the Irish made up nearly a quarter of the population of New Orleans.

Although the Civil War and the economic decline that followed severely slowed the influx of Irish immigrants to New Orleans, the Irish community here became more tight-knit than ever, leaving a lasting influence throughout the city.

Today, the impact of Irish immigrants can be seen and heard all over New Orleans. New visitors may expect to hear locals speak with a Southern drawl, but many local accents are more reminiscent of Brooklyn than a Georgia peach. You can thank the early immigrant population from Ireland and other European countries for this unique vernacular. 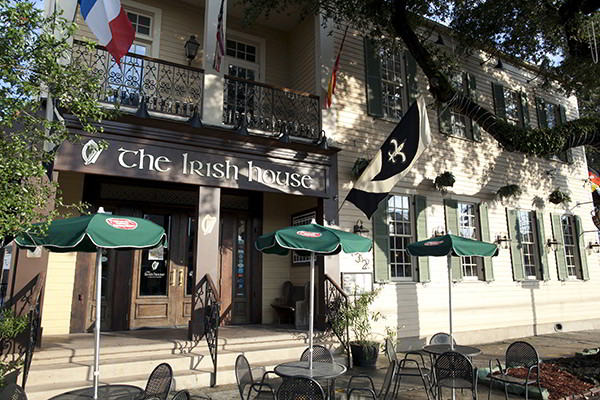 To make the most out of your St. Patrick’s Day experience in New Orleans, you’ll want to check out these popular points of interest, where the influence of the Irish can still be felt:

The Irish Channel – This charming neighborhood spans from Magazine Street to the river and, according to the City Planning Commission is bounded by Toledano Street and First Street, although many locals may argue this neighborhood stretches to Felicity Street. You won’t want to miss exploring the local boutiques and cozy restaurants found in this part of town.

While you’re in the ‘hood, head to The Irish House for Irish favorites like shepard’s pie and bangers & mash. Be sure to also pay a visit to the intersection of Constance and Josephine Streets where you can see two of the most influential churches in Irish New Orleans history: St. Mary’s Assumption Church and St. Alphonsus Church.

Mid-City – For a modern take on what it means to be Irish in New Orleans, head to Mid-City where Belfast natives Pauline and Stephen Patterson have established two very different, but much-loved drinking establishments.

They first opened Finn McCool’s Irish Pub in 2002, and the pub now plays host to one of the largest St. Patrick’s Day celebrations in the city. Throughout the year, this sports pub is also a bastion of Gaelic appreciation, showing more soccer, rugby and golf matches than nearly anywhere else in New Orleans.

According to historian Dr. Laura D. Kelley, the first recorded celebration of St. Patrick’s Day in New Orleans was in 1806, just two short years after the Louisiana Purchase. These days we’re still celebrating this most Irish of days in a variety of ways:

Take a short walk from the front doors of Hotel Monteleone and you’ll be able to enjoy two French Quarter St. Patrick’s Day celebrations: Molly’s at the Market Irish Parade or the Downtown Irish Club Parade, both on Friday, March 17 at 6:00 p.m.

The Irish Channel neighborhood hosts its annual St. Patrick’s Day Irish Channel Parade the prior weekend on Saturday, March 11 at 1:30 p.m. Expect to catch throws like any other New Orleans parade, but instead of Mardi Gras beads look out for cabbages, carrots, potatoes, or even a moon pie. Be sure to also check out the corresponding block parties at Tracey’s and Parasol’s. Both bars mark the occasion with day-long celebrations on Saturday, March 11 and again on Friday, March 17.

Whether you’re interested in exploring the rich history of New Orleans from one of the most historic accomodations in the Crescent City, or you just want to experience the revelry of St. Patrick’s Day, New Orleans style, Hotel Monteleone offers the perfect starting point for your experience. Book your visit today.