You may be familiar with the world-famous Running of the Bulls that takes place each summer in Pamplona, Spain. But did you know that New Orleans has its own version? 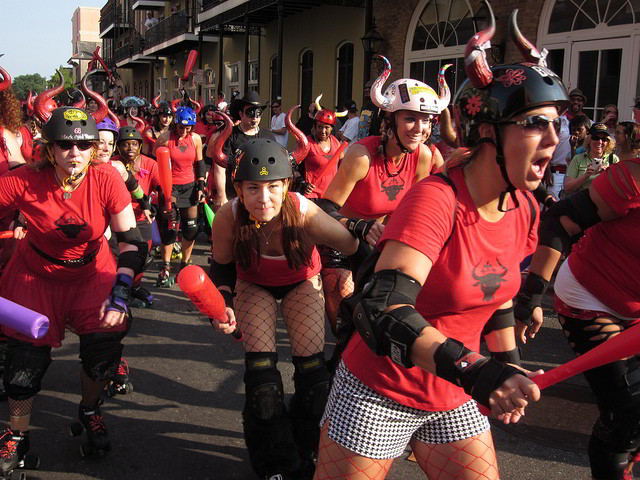 In New Orleans, the “bulls” are rollergirls

The most noticeable difference between the two versions of the Encierro is that in New Orleans, thousands of runners are chased by roller derby skaters (Rollerbulls), rather than actual bulls.

The main event takes place on the morning of Saturday, July 14, but there are festivities all weekend long.

Saturday, after El Encierro the party continues at La Fiesta de Pantalones, followed by a brunch event on Sunday, July 15, at Barcadia.

(Ernest Hemingway famously depicted the Spanish running of the bulls tradition in his books The Sun Also Rises and Death in the Afternoon. Hemingway also stayed at Hotel Monteleone and mentioned the Carousel Bar & Lounge in his short story, The Night Before Battle. You can follow in his footsteps by booking our literary suite named in his honor.) 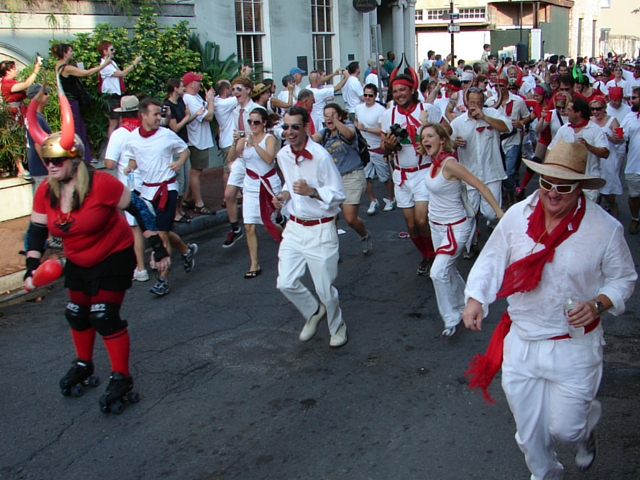 If you want to run, you’ll need to buy a ticket

In recent years, the event has featured more than 18,000 runners. An event this big requires a lot of organization, and in order to participate in the run, you’ll need to register in advance for tickets. You’ll also be required to wear a white shirt and white pants or shorts, plus a red piece of cloth tied around both your waist and neck.

You’ll also want a place to cool off after your run. With a gorgeous rooftop pool and a world-class rotating bar, Hotel Monteleone is the perfect place to return and relax after running with the bulls.

Take advantage of our summer rates, and book your stay today! 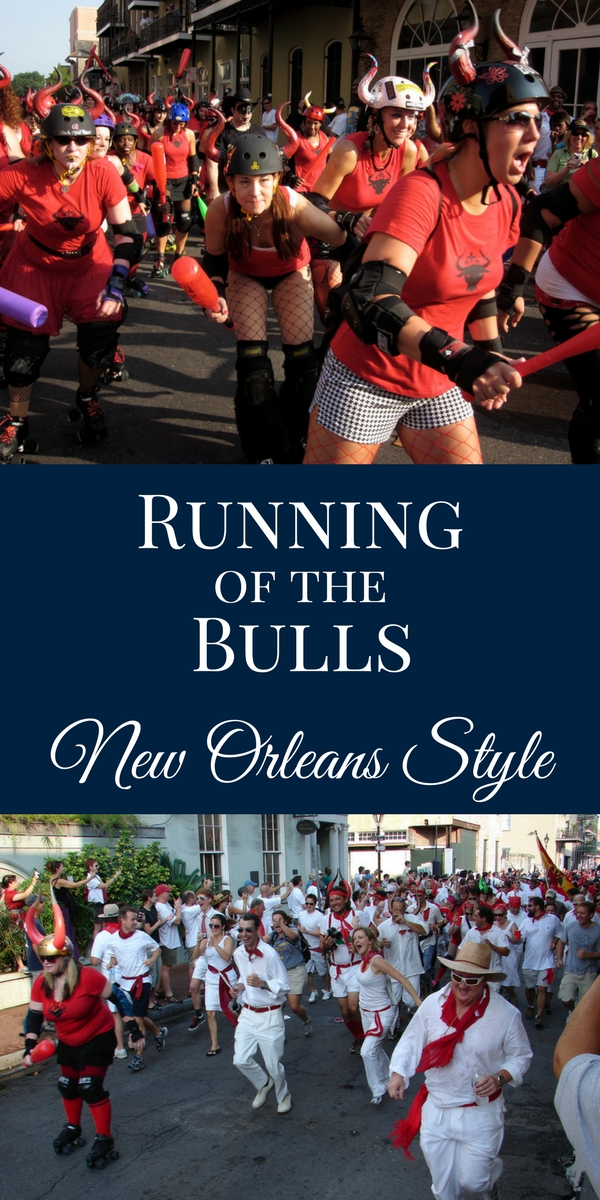